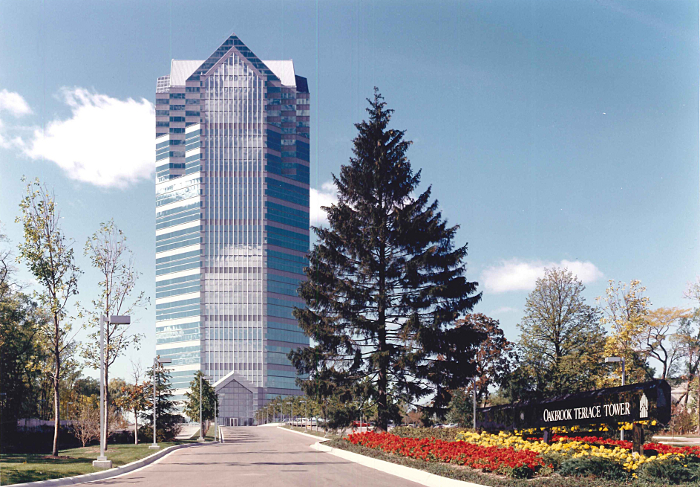 Lee Miglin introduced the new concept of “Business Parks,” combining both office and warehouse facilities in the “SkyHarborBusinessPark” (formerly a private airport in Northbrook, Illinois).  Always at the leading edge of his industry, Lee Miglin introduced new and innovative concepts to Chicagoland’s quickly growing office market and, amidst predominantly single-office building development, introduced the “Office Complex” concept. CommercePlaza, consisting of three identical buildings of 200,000 square feet each, was developed in west suburban Oak Brook, with the three buildings interconnected by underground corridors.

The Miglin-Beitler Company was founded in 1982 and achieved prominence as a company dedicated to high quality and innovative real estate development, leasing, management and tenant services.  The Company received numerous awards such as “Developer of the Year,” “Manager of the Year,” and “Real Estate Achiever of the Year.”  Miglin-Beitler also became the first firm in Chicago to target a new market segment and formed a “Public Buildings Management Company,” whose first assignment was the “Daley Center” in downtown Chicago, a one million, four-hundred thousand square foot property consisting of governmental offices and courtrooms. Some of  Miglin-Beitler achievements include the development of the tallest building outside of downtown Chicago — the 31 story Oakbrook Terrace Tower building, a landmark in suburban Oak Brook, Illinois; in downtown Chicago, Madison Plaza, a 45 story one million square foot building having Hyatt Corporation and Hyatt International as the principal tenant; the PaineWebber building, a 50 story one million square foot building with nine international banks as tenants; and the American National Can building on the Kennedy Expressway near O’Hare Airport, as well as many others.